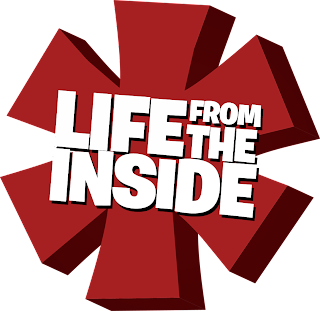 Don't freak out. There's no such thing as ghosts. And even if there were, we're not dead. In fact, we've just finished re-releasing ALL of Life from the Inside on the new My Damn Channel Comedy Network!

LFTI is now full and uncut!

We even created a new YouTube Channel for it: http://www.youtube.com/user/LFTIseries

As it was initially intended to be all those years ago in 2006 when we shot the show BEFORE really doing any research about distribution. Turns out, YouTube (which was brand spankin' new at the time) had some policy about videos only being about 10 minutes long. They were also presented in 4x3 aspect ratio, like a 1950s television set. So, we used to have to letterbox all of our anamorphic videos before posting them. And there was a ridiculously low file size limit as well, which meant that bitrates needed to be tiny too. Low resolution!

If that last paragraph has you confused, good. You're probably a much happier person for having no idea what all that useless crap means.

Needless to say, the early uploads of LFTI (especially on YouTube) look horrible. I'm pretty sure they're going to use them in ophthalmological schools as examples of what it's like to have degenerative eyesight disease.

So, they needed to be fixed. And they "have been." Why quotes? Well, because nothing's perfect when dealing with technology. So, I'm sure they'll be "fixed" again sometime in the future. I assure you it's our never-ending dedication to the show that drives us, and not the fact that we have nothing better to do than recompress LFTI videos every few years.

There's another reason that I'm writing this blog post however. Slowly but surely, I've been "updating" the LFTI website. So, I've been going back through these old blogger posts and tagging them accordingly in order to better integrate them with their corresponding episodes.

So, if you haven't been here in a while (like me), why not poke around a little and reacquaint yourself with the good old days!

That's what I've been doing.

And, if you're looking for some kind of KATR Pictures fix (that's us), go to our website and see what we've been up to since Life from the Inside!

It was nice talking to you again! 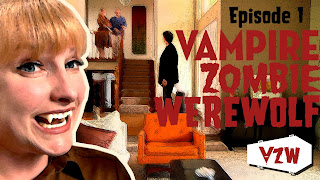 I'm taking the time to post a little something on this blog because I just realized that there may be a few of you out there who rely on this RSS feed to get all your KATR Pictures News.

It's called Vampire Zombie Werewolf, and you can see it here:

Have no fear, we haven't forgotten about LFTI. there are some interesting LFTI-related things in the works. But for the time being, we're busy trying to get VZW out there (and it's a full-time job, trust me).

Take a look at the trailer. And check out our new show! We're pretty proud of it :)

Original music from our show Life from the Inside!

Want to learn more about (most of) this music? Read all the music posts on this blog:

As always, thanks so much for your support! We really appreciate it.

Hello everyone, I'm back with another sneak peak of Episode 9 for you and this one is beautiful! 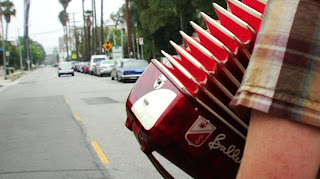 What the heck is going on here?! And why are the colors so nice?

Well, good thing for you, Episode 9 is being edited as I type this. Oh the wonderful agony of anticipation. How will you ever survive?!

Well, I could give you another sneak peak. Let me see, what's going to really peak your interest... 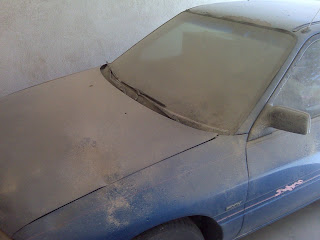 I know! How can you stand it?!

Sorry, I'm stuck in sarcasm mode today. Just know we are working hard to get this next episode done and out to you wonderful viewers as soon as possible.

Get ready, ladies and gentlemen, for a sneak peak at what's coming up in Episode 9 of Life From The Inside... 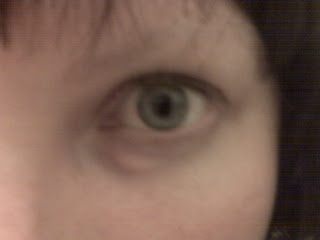 Oh how exciting! What's going on? Who the heck is in that photo?! Well, I guess you just have to wait and see.

Tanya
Posted by LFTI at 3:34 PM No comments:

You can tell we're stuck in the 80s by that song posted there, just above this sentence. If you haven’t started playing it yet, maybe you should. It’s the perfect accompaniment to this blog post! Isn’t that strangely coincidental?

Okay, so if you’ve been reading this blog regularly (and if you are the person who reads this blog regularly, I just want to say “Hi, mom. Don’t worry, other people will care about this stuff someday. I know… I know, mom! Don’t say that, mom… They can’t possibly all just be jealous… Okay. I love you too.”) you’ll know that I’ve taken “great” pains to come up with original 80s music for our last episode. And some of it has been more successful than others.

This, I think, is one of the more successful attempts.

It’s a tune called “Stuck in the 80s.” It’s funny, when we conceived episode 8, the 80s were but a quaint memory. A novelty. Little did we know that just a few short months later the 80s would come roaring back. Most notably in fashion. In fact, every time I see a skateboarding kid wearing tight, tapered jeans and spiky hair, I just want to grab him and shout, “we tried that! It didn’t work. We’ve lived in regret ever since. Don’t make the same mistakes we did. Oh, and teal is never a good color.” But they wouldn’t listen. They’ll chalk it up to “experimantation.” But we’ll know the truth. It’s misguided rebellion. And it’ll ruin every photo they take for the next year-and-a-half.

So, Stuck in the 80s was my attempt to write a song in the style of Oingo Boingo. I never really listened to Oingo Boingo when I was a kid. I wasn’t really into New Wave music. Actually, I wasn’t really into anything contemporary. When other people were listening to Cyndi Lauper and Madonna, I was listening to Glenn Miller and New York Voices (Yes, I was a strange kid, and yes, my jazz tastes have matured since then. I was pretty into Duran, Duran and Hall and Oates if that helps? It doesn’t, does it?). But, I do have a great appreciation for bands like Oingo Boingo. They were just a little too hip for my young ears.

Anyway, I had a good time writing and recording this song. I had a good time writing all of the songs for episode 8. I can’t wait for our next episode. I think I’ll keep this soundtrack thing going. But who knows? Episode 9 is really long. There may not be enough time for a lot of music. Plus, it’s not really a genre piece. Though there might some need for early 2000s music… hmmm… I’ll let you know. 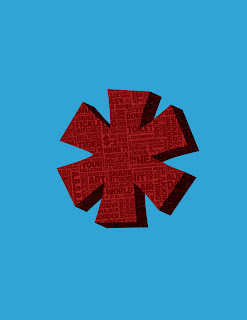 By the way, if you’re dying to put this song in context, you can hear it during Episode 8, Part 3! Why not go here and see for yourself! In fact, why not just watch the entire episode over again?!

Also, this song has been posted to the Life from the Inside Facebook Page! We would love it if you went there and became a fan. Loooove it. Not on Facebook? Well, why not? It’s fun. It’s free. It’s face-y.
Posted by Robb at 8:12 AM No comments:

Us (in link form)